Rumour has it that Facebook’s LinkedIn equivalent could be released as soon as January. Wow! Did you even see that coming?

The Wall Street Journal reported that Facebook is developing a professional version, which will let users converse and collaborate with colleagues.

‘Facebook at Work’ is expected to be released without advertising, and would like to think it can compete with LinkedIn. 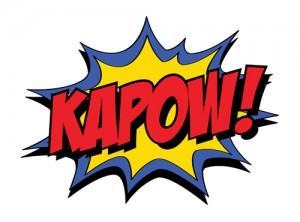 LinkedIn has over 332 million users and a signup rate of 2 new users per second. That’s 120 signups a minute.

The staff over at Facebook are currently testing the work version right now! It is believed that when folks return from holidays it will be rolled out in the new year.

This new platform of Facebook might even be a threat to Microsoft SharePoint or even Google Docs allowing document collaboration between staff.

Allowing only work related posts it wouldn’t be intertwined to the original Facebook we are all fond of. It would be a separate platform for professional use.

Will you be using the new platform? Hell Yes! You better be.

P.S Wan’t to leverage the power of Social Media NOW?  Hit me up for a chat. Click Here

P.P.S Want to be kept in the loop all things social? Make sure to like my Facebook Page